Whichever side of the political fence you sit on, you will notice a common theme, a recognition that if the UK is to maintain its global position we must act now to address the lasting and prominent inequality within the United Kingdom.

Whether it’s Prime Minister May and the Conservative Party ‘A Country that works for everyone’ or Corbyn’s ‘For the many, not the few’, both sides of the house are starting to acknowledge the deeply rooted demographic inequality divide.

The founders of the NHSA recognised this divide in terms of geography and it was the main reason why the NHSA was established. Why should so many competing organisations come together across a geography of over 15m people?

The reason, inequality in health and wealth. New research shows that profound North-South health inequalities persist despite Government policies to address them, from 1965 to 2015 the Northern half (30 million) of England experienced a fifth more premature (under age 75) deaths than the Southern half. This amounts to around two million Northerners dying earlier than they would have done if they had experienced the same life chances as those in the South.

At the NHSA we believe that through new pan-northern research collaborations, access to new health and life science research from across the globe and greater awareness of the inequality in the North we can begin to decrease this inequality.

That’s why in the past month the NHSA team has been out at the world’s largest bioscience business conference drumming up awareness of the opportunity for R&D in the north of England, that’s why we have been working so closely with UK Government to ensure that the new life science strategy benefits the whole of the UK not just the South East.

It’s also why we have been working with all four Academic Health Science Networks and the European reference sites for Active and Health Ageing to establish new ways of working to improve the number of healthy life years in the North. And it is why we are working hand-in-glove with investors to support the creation and growth of life science companies in the North to enable the development of new biomedical interventions and support business in the North.

Of the North’s four prime sector capabilities identified in the Northern Powerhouse Independent Economic review  1) Advanced manufacturing 2) Energy 3) Health innovation and 4) Digital, Health Innovation is the most advanced in establishing a joined-up narrative across the North. Through organisations like the N8, BioNow, the Northern Health Science Alliance and now through the Northern Powerhouse Partnership we have developed a strong narrative both for what the North has to offer the UK in health innovation but also a powerful and coherent understanding of where we need to grow and develop to realise our full potential and address the underlying inequality. This was captured in an IPPR North report commissioned by the NHSA and released last year.

Working with the NHSA members and our Northern partners we need to ensure we don’t lose focus, keeping the ‘Why?’ of what we do front and centre. In that way we won’t become distracted by new projects and initiatives, instead we will have the diligence to remain committed to addressing the health and wealth inequality in the UK. 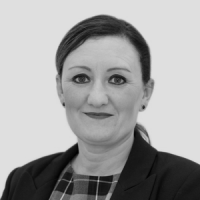 Sustainability for the NHS through engagement with global industry